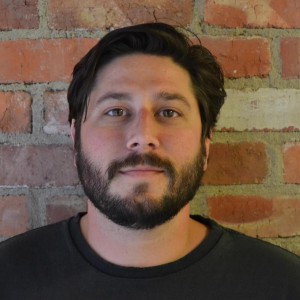 @DavidASachs
David cut his teeth covering transportation, development, politics, education, and art in D.C. He's covered sustainable transportation for Streetsblog since 2015 and has lived in Denver's Cheesman Park neighborhood since 2012. Today is my last day at Streetsblog Denver.
The Colorado Department of Transportation turns its attention to Denver's other interstate now that a wider I-70 through minority neighborhoods is en route. Drivers ended the lives of three people walking in Denver between September 24 and October 1, making it the deadliest eight-day span for pedestrians all year.
People walking have the right of way to cross 13th Avenue in Capitol Hill, but few dare take it. Motorists, not the many people on foot who frequent the dense neighborhood, rule the commercial and residential strip. That changed for one day.
It's worth taking the survey to help advocates make the case for things like bus lanes, better crosswalks, bike lanes, and employer-subsidized passes for transit and bike-share.
It's that time again. Every three months, the Regional Transportation District tries to re-calibrate the bus and train system, and Denver metro residents brace for change.
Maybe experiencing the indignity of walking Federal will kick things into higher gear. Maybe not.
My time heading this organization has been intensely rewarding, and I'll be sad to leave when I do. Stay tuned for a sappy goodbye post. For now I'd like to focus on finding the right person to write the next chapter of Streetsblog Denver.
The elected RTD Board of Directors approved a new fare structure Tuesday by a vote of 10 to 5, and things will get harder before they get easier for less priveledged residents.
The share of people who drove alone to and from work in Denver fell slightly in 2017, according to new estimates from the United States Census Bureau's American Community Survey, while the percentage of people who walked, biked, and rode transit barely budged.
This week Denver Public Works delivered on its promise to reorganize Monaco Parkway (aka Ulster Street, Princeton Avenue, and Quebec Street) with a wide bike lane, buffered from traffic with extra paint.
How will the transit agency ease the burden on bus and train riders while increasing ridership and revenue? It's complicated.
Load more stories