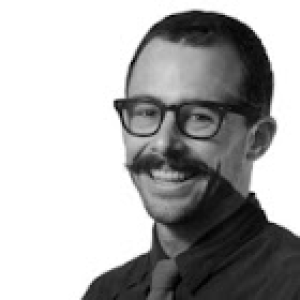 c_milneil
The Clippership Connector project will connect to a growing network of pathways along the Mystic River, where several other trail projects are in the works.
Over the past two weeks, bicycle riders downtown have been disappointed by the disappearance of the construction barrels that protected Boston’s new “healthy streets” bikeways for most of the summer. The barrels have been removed and re-installed periodically over the course of the summer, allegedly to make room for large racial justice protests. The most […]
The new roadway layout would benefit bike and bus riders traveling between Harvard and Union Squares.
Three men operating out of an unmarked SUV stopped a Black man and demanded identification documents while he was out on a jog on VFW Parkway near his home in West Roxbury on Tuesday. The incident was partly captured on a video that was filmed by the victim, posted to Facebook later on Tuesday, and […]
The switch to all-renewable electricity, which would take effect on January 1, 2021, will immediately slash the T's carbon footprint by 36 percent.
On Monday evening, seven of nine Cambridge city councilors voted to enact a suite of proposed amendments to the city’s year-old Cycling Safety Ordinance and set a 2026 deadline for a large suite of protected bike lane projects across the city. The 7-1 vote (Councilor Toomey voted against the ordinance, and Councilor Simmons merely voted […]
The MBTA’s Fiscal and Management Control Board met today with an agenda that included more discussion of expected 2021 budget cuts and an update on the agency’s stalled procurement of new Orange and Red Line train cars. Those new cars have struggled with design problems, including issues with doors opening while the new trains were […]
The City of Cambridge has removed motor vehicle lanes and delineated new protected bikeways on several streets around Harvard Square, partly in response to the recent deaths of Darryl Willis, 55, killed in August while riding his bike in the square’s previously-unprotected bike lane, and Sharon Hamer, 67, a retired Boston Public Schools librarian, who […]
The updated plan would add several key streets to the city's planned network of protected bikeways and prioritize certain projects for "quick-build" bike infrastructure improvements.
MBTA officials announced Thursday that the Green Line Extension construction project is 50 percent complete, and on schedule to open by the end of 2021.
Among other improvements, the project will build new protected bike lanes that will create a continuous, 1.8 mile bike route from Needham to Newton Highlands.
A truck driver struck and killed a woman Tuesday morning in Andrew Square in South Boston, according to Boston Police. The killing took place at the corner of Dorchester Avenue and Southampton Street, next to the Andrew Red Line station, around 10:47 a.m. First responders rushed the victim to a nearby hospital, where she was […]
Load more stories